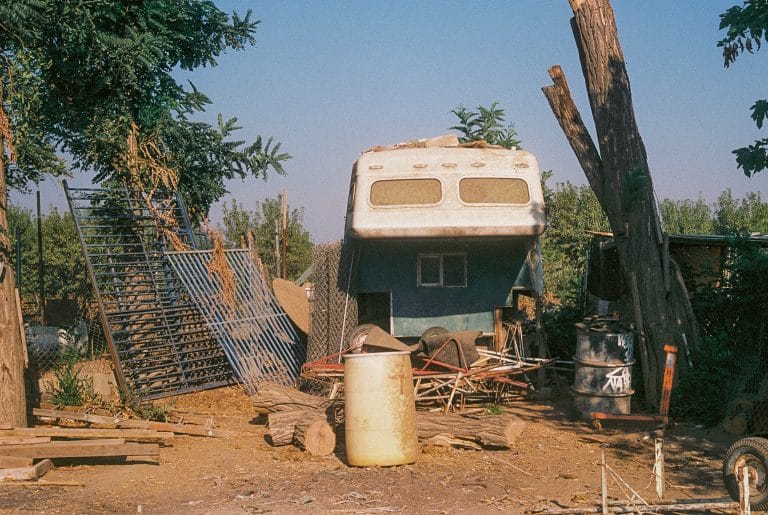 A bunch of ladies tried to go hiking in a cave but it goes a lot deeper than they thought. There was some freaky dudes inside. They got ate! Also the dudes are naked.

Mr. Bernard keeps showing us cave movies when we come here for latchkey. It’s OK I guess but it feels like homework when we have to do these worksheets. Some other girls got scared because there’s blood in this one, but I see blood all the time so I was fine. I would not want to be a naked cave dude who doesn’t talk, but I guess the boys might.

A perfect example of the feedback I’m looking for from our dear future congregants! True, the young lady sounds ambivalent about the film itself, but the fact that she specifies the reason (cave dwellers do not wear clothing or talk) gives a valuable perspective I might not have otherwise considered. Doubt we’ll be showing this one at the drive-in, but can carry this insight forward. ~HB

The family has this weird angry monkey-dog thing but it died. But they put it underground and it come back. And ask the family to bury themselves too because it’s a lot better and the dog(?) isn’t so angry anymore. The lesson is I don’t know.

I don’t know, happy I guess. I seen this movie once when it had a different ending and I liked that one better.

While community members are more than welcome to edit existing films in addition to screening original reels, I don’t believe this one is a winner. Children appreciate consistency. My error here was forgetting that many elementary school students find ways to see R-rated movies. ~HB

Addendum: I do find it odd that this young man does not seem to know what a cat is. It gives me pause regarding his worthiness toward Descent. ~HB

They made us watch a documentary again 🙁 🙁 🙁

My dad works at the slaughterhouse so I already know all this stuff, like where meat comes from. The movie was about a bunch of city kids, so they don’t know anything. I guess it was funny how instead of the cows saying thank you the people just screamed like a cow. But that got old after a while.

Children seem bored by this one. ~HB

People live in this world underground with robots and cool clothes but they blow you up on your 30 b-day. If you want to survive you have to go to the surface where everything is broken and old.

I would simply not tell nobody when my birthday is.

Always a pleasure to see our school producing such intelligent young people. ~HB

My dad got out of his car and talked to a sheriff for a while, but it didn’t let us hear what they said. We could hear the radio in the squad car, but it kept saying things like “the Earth is pregnant with Peace” and “remember why we came, remember why we stayed.” In the end my dad points at something and they jump in my dad’s car and drive off. A minute later a cow walks over and looks at the camera, then it just ends.

This sheriff has been sleeping on our couch almost since the school year started. He doesn’t leave the house. I thought his girlfriend must have threw him out or something, but now I bet there’s more to it, like he’s really a superhero and the cow is his enemy. I hope they make a sequel. And maybe Godzilla is in it.

Great choice! Schedule this one for drive-in showing. ~HB

INVISIBLE FIRE WILL RAIN FROM THE SKY. NOTHING WILL GROW WHERE THE SUN DOTH SHINE. IT WILL BE A TIME OF GREAT HUNGER, WHEN MEN GUZZLE POISON IF ONLY TO FEEL THEIR BELLIES FULL AT LAST. COUNTRY AND BROTHERHOOD ALIKE WILL VANISH, LEAVING A BLACKENED IRON CARCASS WHERE ONCE WE WALKED UPON THE LAND. DARKNESS WILL SHELTER AND NOURISH AS THE LIGHT ONCE DID, AND ONLY THE SIGHTLESS MAY SEE EDEN.

I like when one of the robbers pees his pants.

Unexpectedly, this seems to be a top choice film. Many of the folks in town are still skeptical of the teachings of the Church of the Belowdown. We must work on fostering more enthusiasm in the children, and this is exactly what I mean by “enthusiasm.” ~HB

Addendum: Disregard previous note, confirmed student has already been chosen. This film is ultimately neither here nor there. ~HB

A bunch of guys live in a cave, but they left for some reason and now they want to get back. Cuz going above ground made they bodies all weird so they got to wear these suits, and it messed up their memories, like now they can barely even talk. They go deeper and deeper but they can’t find where they came from. The moral is if you got a place that works for you, don’t go looking for a different place.

I can’t stop thinking about why the cave guys would of wanted to leave? Something bad must of happened to them down there I think. That seems really unfair because I think they were peaceful and minding they own business. Down there you aren’t supposed to have no problems. You don’t even have to see nothing.

I am, to be diplomatic, extremely disappointed that a copy of this film found its way to the after school program. Hopefully, the viewer’s intelligence and youthful resilience has prevented it from being too damaging, though I recommend we screen more films as soon as possible to minimize the impression from this one. It is possible that something was lost in the transfer to digital as well, but I can only hope we will never know one way or the other. The DVD has of course been destroyed, and I mean to determine whether other copies exist. ~HB

This movie is REALLY SCARY! Some people were trying to find buried treasure but instead they found HELL! There was a car on fire underground and a guy was just sitting in it while everyone screamed at him to get out.

I’m never going in the basement ever again!!!

Please throw this DVD into a suitably large fire. ~HB

It was about this guy Bernard Hibiscus. He and his brother are always inventing things and then they invent the airplane. And this woman Amelia comes along to fly the plane, but then she disappears. He figures his brother Abel did it, so he kills his brother and says “the sky is dead to me now.” Then he spends the rest of the movie calling the sky The Great Temptress. He gets a new friend, but it never shows her face and she’s too big to fit on the screen so we don’t really know what she looks like. Plus she’s always standing in the dark. He says she’s the only light he needs now. Then it ends.

Amelia was really pretty. The shadow thing was scary at first but I liked her better at the end. Also it was really educational.

I’m pleased the young lady seems to have enjoyed it, but the more I look at the film and read the children’s responses, the more I feel it’s simply too direct. I don’t want to look like a grifter; the work we’re doing here is real, our role in this community of dire importance. I have left behind the part I once played in the extractive industries that granted me this godforsaken fortune. This movie feels extractive. Will not be showing at drive-in. ~HB

Some old-timey guys go down through a volcano and end up on an island where all their friends and family that they lost are alive and well. They build a house and live there together. One of them marries a dinosaur. It was a happy ending.

I wouldn’t want to marry a boy but I could maybe see myself marrying a dinosaur. “Rex” means “king” and “Regina” means “queen” so if I married T. Rex my name would be Queen King.

Fantastic example of what we can do with our original offerings. While it does admittedly take some artistic license with Verne’s esteemed novel, I believe that judicious updates for a modern audience are appropriate, similar to the practice of publishing youth study bibles in more archaic faiths. Let’s move this one straight to the drive-in’s projection room. ~HB

M. Shaw probably wrote whatever you're reading in an empty art museum after midnight. They are a 2019 graduate of the Clarion Science Fiction & Fantasy Writers' Workshop and a past organizer of the Denver Mercury Poetry Slam. Their absurdist body horror novella One Hand to Hold, One Hand to Carve is forthcoming from Tenebrous Press in 2022. They live in Arvada, Colorado.