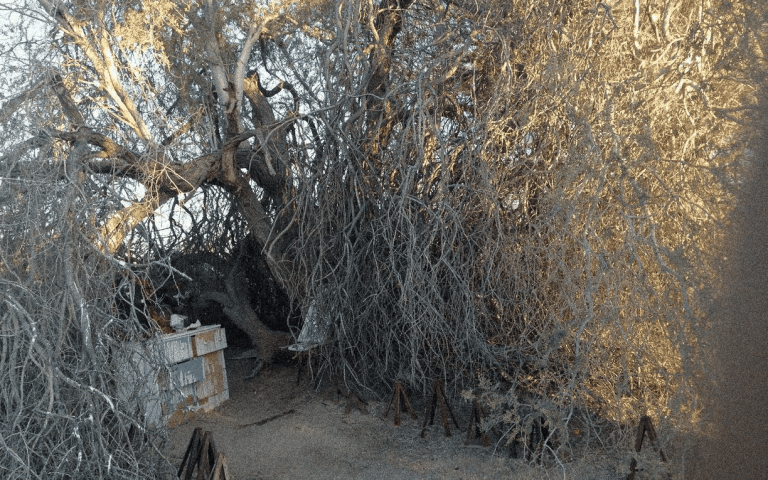 If I never write another word in this damn diary, let those ones be the ones that stick. God damn those Schaefers and their greed. Ain’t been married for a week, hardly even had time to kick the dust off our boots from the honeymoon—Johnny took me out to the coast, got a pretty little bungalow on the beach and everything, real nice with the smell of the ocean right there—before they’re banging our door down.

Cletus Schaefer is a two-faced son of a gun, is what he is. Didn’t fight in the war, certainly not in Korea—didn’t come back with dark eyes and darker memories like my Johnny did. Him with his “conscientious objection,” staying safe at home and buying out every rancher he could, and now he thinks he can do the same to us? My grandmother’s people, the Cassons, worked this land before his kind ever showed up here, and I won’t be driven off it by the likes of this blond-haired, blue-eyed bastard, Lord forgive me for my plain speech. He can ask, he can bribe, he can bully, but he’ll never have our ranch.

It’s still so cold out. Bad weather to be moving the herd in, but ain’t got no choice, not if we’re gonna get them to Fresno in time. Johnny still won’t use Schaefer Slaughterhouse, and I’d never blame him, but it’s damnable hard on him these days. I can’t help on account of Baby Peter, and Danielle is still too young to be safe among the cows.

Roads are better lately, at least. Only good thing to come out of these alfalfa farmers is getting some new roads from the county. Them folks ain’t produced a damn sprout yet, far as I know. Got nothing but Indian tobacco and ragweed as far as the eye can see. Good thing the cows are used to it.

Peter’s cough ain’t getting any better. Johnny’s gone out to hunt down young Baltasar, see if he can’t do something. Regular doctors ain’t been no help—it’s not asthma, not allergies, not something worse like TB or cancer. Can’t diagnose it, can’t cure it, don’t really seem to care one way or the other, those white-coated, city-bred bastards. We’ve spent half our profit from this year’s herd on all kinds of remedies, and they’re not making a whit of a difference for my baby.

Hell of a Christmas coming our way.

Can’t believe I’m hiding in my own bedroom, but I don’t know what else to do. Danielle has run away, for good this time if her note’s to be believed, and Johnny’s in a rage. Seems like he’s intent on breaking every piece of crockery in the house, and maybe the furniture, too. I ought to be out there soothing him, but… I’m too afraid.

There, I said it. Hate to, but if I can’t be honest with myself, who can I be honest with? Johnny ain’t been the same since Peter’s death, getting more bitter by the day. We’ve gotta import feed for the cows now—otherwise they’re skinny as rakes, trying to graze off land that don’t wanna grow nothing but weeds these days. Got no money to spare, got no time left in the day after the animals and the garden (sad little thing though it is) are tended to. Should have made more time for Danielle, but she took matters into her own hands. It is what it is. She’s smart, strong. Reckon she might have made the right choice after all, leaving this place… I can only pray for her now.

And for myself. I think it might be too late to pray for Johnny.

Johnny ain’t been home for five days. That’s two days longer than his last bender. Is it a bender? Does it count if the fool don’t drink, just goes and rides off into the desert by himself for days on end so he can shout down the sky and curse up the ground, leaving me all alone to handle things here? I had to sell my wedding ring to pay for a hand to come and help rustle the yearlings to the slaughterhouse.

Yes, that slaughterhouse. I still hate Cletus, but at this rate I might hate Johnny even more. Either way, these cows need clean killing and it’s not like I can do it all myself.

He howls at the moon. When he’s not scratching at the dirt or shoving it in his mouth, that is. Don’t know why–it doesn’t taste near as good as my cooking. I had to put him outside last night–couldn’t sleep with him here in the house, not if I wanted to get any sleep without him breathing down my neck, but I couldn’t just turn him loose out there either. I ended up putting our dog’s old chain around Johnny’s neck and tying him to the old almond tree. Thank the Lord I don’t have neighbors close enough to see my shame.

Least I got Danielle promising to visit next week during her last phone call. That’s a bright spot in this patch of Hell.

He was gone when I woke up. I swear he was gone when I woke up. Don’t know how it happened, don’t know how he got out of the room—I keep it locked at night, like I told the doctor Danielle sent out here I would, I swear I did. Not sure if Danielle believes me–hard to tell over the phone. Not sure if she’d blame me either way, but I swear to God above that I didn’t let him out. Even if I had, how could I foresee this happening?

Whoever thinks that a grown man is capable of throwing himself down a goddamn sinkhole? Two people saw it happen—pair of farmers up on the northeast side of town. That sinkhole ain’t got no bottom that I or anybody else has ever found. Could drop a pebble down it and never hear it hit the ground.

Skinny as he was, Johnny’s a lot bigger than a pebble. Wonder if anyone heard him make a noise when he hit.

It hurts to sign that dotted line. Hurts to sell what’s left of the land to the government, but better them than the Schaefers, for all that Cletus’s been dead and gone for over a decade now. Gonna build some sort of research facility there someday, something scientific. We’ll see if they ever do.

Can’t see what they’re interested in learning about, if it ain’t the way this damn patch of dirt drives you mad. Should have come and talked to me about that while Johnny was still alive.

Well, hell. We’re a real town now. Los Suelos. Fancy that. Some beancounter added us all up and came up with “town” instead of “scattered locals.” I can point it out to Danielle next time she tries to get me to move to Santa Barbara with her and Todd. No way. They’re like cats and dogs lately.

Gotta get this dirt out from under my nails before I make dinner. Garden is growing good for the first time in decades. Mmm… tastes rich, like chocolate. So much better than I remember.

What’s down there? I can almost hear it. Almost see it. Can feel it, for sure.

But what is it?

I’ve got to know.

Editor’s Note: Lora Harper died on May 15th, 1994, at the age of 66. Her daughter Danielle Goodrich donated this diary to the art gallery shortly after her mother’s death. She now resides in her parents’ historic farmhouse, not far from what used to be the United States Geological Survey San Joaquin Valley Easter Regional Office.

Cath Lauria is a Colorado girl who loves snow and sunshine. She prefers books to television shows, has a vast collection of beautiful edged weapons, and could totally survive in the wild without electricity or running water but would really prefer not to. She loves writing speculative fiction of all genres, and has a long list of publications under her belt as romance author Cari Z as well as novels and short stories for Marvel Entertainment as Cath Lauria.