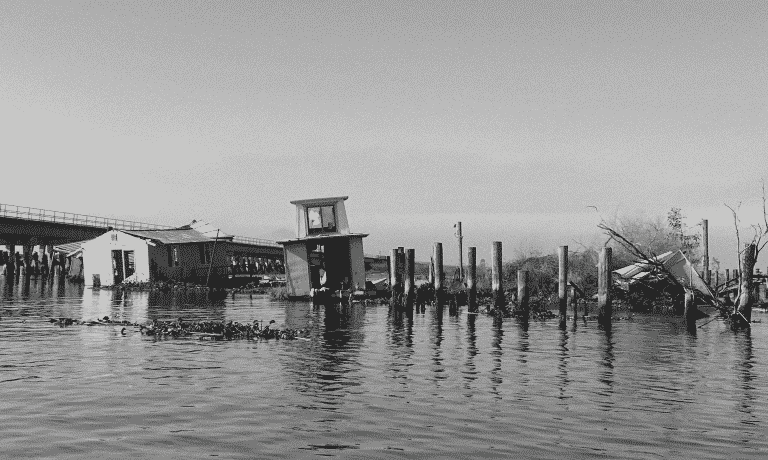 Nasty cold spell early in the season. Forgot about this thing until I got to lookin for tinder. Sure I won’t need those last three pages. Better than freezing my ass off.

Winter in the valley usually ain’t all that bad. The goddamn wind these past couple weeks was killer though… literally. Saw the river folks carrying a stiff up to the road for the pigs to find. Got me thinking about someone finding me out here, so I figure I’ll write about me so that whoever finds me doesn’t think I’m one of those junkie bastards.

I grew up just outside Tumalo, OR, back when “Commies” were the big scary. Almost joined the forces, but had a pothead buddy talk me out of it cause all the fucked up shit we did in the ’60s n shit. So I went to trade school in Bend and started workin farm equipment. Couple decades and three ex-wifes later, I find myself broke as shit and applying for more shitty equipment sales jobs when I said FUCK IT and packed a bag. Left it all there except for some good clothes and whatever cash I got from pawning my appliances. Been off the grid ever since and never been happier. I hardly have to deal with anyone I don’t want to and lovin every minute.

Though I sure could go for some warm brandy right now.

Winter’s been pretty mild since those early winds. They might have a flu or something brewing in those springs the river people horde up around. Wouldn’t let me soak my bones. Cocksuckers. Sure would love to spend a couple days laying around in that hot water.

Good day today, figured I’d write about it. That fat fuck Gary or Jerry or whatever over at Rosa’s Diner is too goddamn lazy to tie the garbage when he drags it out to the dumpster. Easy pickens like that. I can just walk up and get a half eaten burger or three. Someone’s little snot-nose put ranch on one of ’em, but there were others with all the good stuff.

Anyway it’s calving season. Saw a couple signs outside the store asking for field workers to get corn n shit out for grazing, too. So I was sitting there in my alley, watching all the milfy milkers walking the street, and thinking how much better them burgers woulda been all hot n greasy with some french fries. Then I saw some kid puttin up a sign needing hands and he had me hop in his truck bed when I asked.

Here I am, a hot meal in my gut, freshly showered (or waterhosed is more accurate), and about to have a cerveza with my new buddies Miguel and Elandro. They seem nice enough and they don’t speak a lick of english, which means I don’t have to worry about small talk.

I wonder who even cooks with Schaefer beef round here anyhow?

Had to quit the ranch cause that kid ended up being the boss, walking around like he knew what the fuck he was doing. Someone telling me I’m doing something wrong better have as much hair on his chin as his balls. Miguel and Alando or whatever cheered me on when I left. Called me the king of some place called Mierda. Didn’t get paid, but at least I got some meals out of it. Guess I’ll go back to tinkering equipment for the rest of the season. Don’t know what’s with the critters here, seems like they have a knack for gnawin on wiring and parts. Of all the places I’ve worked, this place has way more broken gear.

Been feeling weird as hell lately. My arm itches like a bitch all the time. I think I got a big splinter or something in there trying to work its way out.

Watched the fireworks show over at the ballpark last night. I was groggy cause I had a plate full of nachos and some Tecates at the bar and I didn’t catch myself scratchin the fuck out of my goddamn arm. Fell asleep as soon as the booming stopped and had the weirdest fuckin dream. I was standing under the hills on the other side of town and some kids or something were all gathered up in the shadows. All I could see was their eyes glowing from the moonlight.

I may give in and see the real doctor tomorrow. I think this goddamn arm is infected and I’m having fever dreams. Dreamed I was standing beside a 4-acre hole in the ground. It was night time and I kept hearing this voice (or voices) coming out of it. All of a sudden, a hand reached over the edge. Then another. And another. CREAPY SHIT! I may head south when this heals, get Los Suelos out of my head.

Wasn’t a goddamn splinter. Infection or something. Scratched to hard an opened it up, infection bust out like I stuck a fuckin calf. Black as oil and smelled like rotten taters. Fowl shit. But swellings goin down.

High Biscuits had me over to his building to work a water line. Said I was blessed and it felt good to hear. Odd since I hate fairytale shit.

Heard the earth humming while I was working on that line. Felt good too. Might move closer.

The humming is here now. Dug out a bed hole to sleep in and I can feel it. Sleepin sound as a baby on the tit.

Moved in by the drive-in. hum’s stronger here, feels like home. Attended a meeting last week(?)… saw the hole and dream about it every night. They say I’m chosen. That seems perfect.

something in hole, got to find it

found it   found me  found

Chet King lives and works in rural Kentucky with his beautiful family and herd of cats. When he's not sharing dark tales, he mucks about in local politics by providing a voice for overlooked groups all over rural Appalachia.