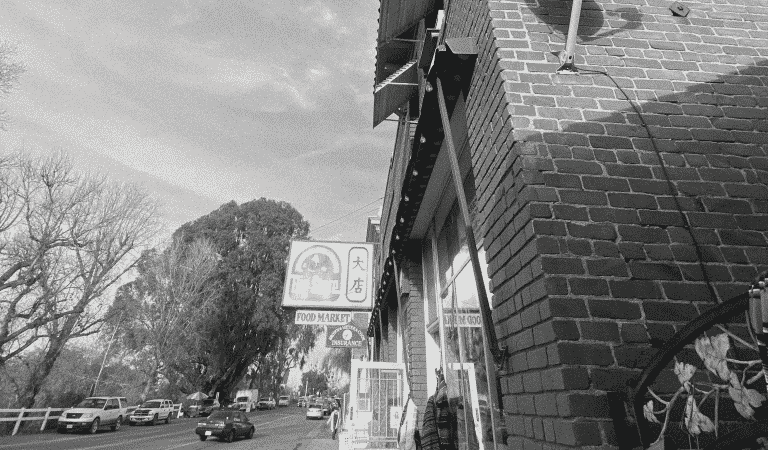 I can’t believe this. I managed to do the only thing I didn’t want to do. I feel like such a fucking

… felt like an Easter egg hunt. I gathered up facts that were already there and felt a sense of accomplishment.

Some of the folks in town told me that I would lose faith in science if I spent too long here, but I can say without pride or stubbornness that I haven’t. I don’t believe there won’t ever be a system to measure Los Suelos. I think about the detectives at Scotland Yard who kept Jack the Ripper’s stained rag for two hundred years. The DNA evidence was useless by then, but I am in awe of their faith. They couldn’t have known. In Transmetropolitan they call “cryonic stasis” the equivalent of dropping a penny in a wishing well. I think hating science would be like hating wishing wells.

I’ve heard a lot of stories about Los Suelos in academic circles, mostly over drinks when UFOs or ghosts come up. Los Suelos is the Central Valley’s Roswell. Everyone knows about a study that went nowhere or samples that turned out to be useless. Archeological discoveries that were so wrong for the region no one believed they were found there. Biological samples that degraded too rapidly to test. Site photos that looked doctored. Every single one could have a perfectly reasonable explanation, but there’s always one story that hooks people.

Mine was the Valley Flu.

… only places to meet people were at the drive-in and the bar where I met Paloma Plascencia. She introduced herself as soon as I sat down, and when I mentioned my doctoral thesis she brought up her psychiatric degree and the unofficial practice she ran out of her house. We talked shop for hours. It was the first time I paid attention to the characteristic half-smile everyone in Los Suelos had when outsiders talked about the town’s reputation. When I saw it on other people’s faces I thought they were looking down on me, but Paloma made it feel like she’d just remembered a joke or a sad memory with a humorous twist. When we talked about the phenomenon we talked about the consequences of it, not whether the stories were real. She was preoccupied with the overwhelming existential dread people experience when they come face to face with something they can’t understand. It pops the bubble on the fundamental basis of their worldview and leaves them without an alternative.

… went to experience something weird for myself. My friends and neighbors treated this as the peak of ambitious stupidity, but despite their oblique warnings that I would get what I wanted, nobody could point me in a clear direction. Eventually the bartender, Miriam, told me the meat processing plant was on the verge of serious trouble because of something they couldn’t explain and couldn’t stop. The butchers who work in the plant were initially reluctant to talk to me, but after a couple of drinks they were eager to complain about work. I promised not to take notes or record their conversations. They said the cows could talk. I remember how they tried to explain, red in the face and waving their beers, what was wrong on the slaughter floor. All of them thought they were going crazy, because when they put a bolt between a cow’s eyes they hear a voice say:

Based on a quick and dirty survey recorded on bar napkins, contracting Valley Flu didn’t correlate to hearing the cows talk. My new friends actually made fun of me for equating the two. They said Valley Flu only brought people to the Church of the Belowdown. This was the first time anyone told me that there was a phenomenon in Los Suelos that wasn’t associated with the Flu. My friends insisted that the Flu was a symptom and not the source. To find the source, I’d need to dig deeper.

I’d known I was overdue to meet Hibiscus, but Paloma almost convinced me to avoid him…

He struck me as anxious but friendly. His confidence and latent, knee-jerk nervousness reminded me of professors I’ve had who began their careers shy but later grew into their teaching positions. He was well read but prone to conspiratorial thinking, which led to gaps in his knowledge that he filled up with superstition. He told me Los Suelos was good for his health, a haven from the microwave bombardment of wifi radio towers.

“You can feel the difference,” he insisted. He explained that Los Suelos was a very special place. He told me that all through history there were stories of places in the world where the joints met and humans could peek beneath the foundation of reality. He told me Orpheus found one and Dante another; he told me multiple indigenous nations had stories about coming up to the surface from underground, and that some had stories about leaving others behind. When he told me all human remains are buried, I argued that different cultures handled their dead in ways that suited their environment. Sky burials and cremation are just as common as internment. I expected him to push back, but instead he agreed with me and changed the subject.

… stunner friend brought me to meet the cows. They led me out onto the floor, past huge vats, grinders, and conveyor belts. Raw chunks of meat were tossed and pushed around the metal counter like pieces of wood, leaving streaks of grease and sinew.

There were stacks of ribeyes, tenderloin, ribs, strip steaks, and roasts all around me. Up ahead, carcasses were dipped between blades that ripped the splotched skin right off the flesh. A machine cut them in half from throat to groin, and a ball of purple intestines splattered against the ground. For just a second the familiar knot of heart and lungs remained connected to the abdominal shell by a handful of twisted wires. The words “smells like death” came to mind. There was a sweet edge to the earthy scent of cowhide, the coppery smell of blood, the ammonia of urine and feces.

We walked a little farther onto the killing floor, where the stickers put their knives into the cow’s throat and pulled. The cows were already stiff and suspended by their ankles. A wave of blood would spurt from their neck, and after a moment, the chain on the machine would lurch and bring another cow down. The stuck cow went up, still dripping, head swinging on its last cords.

I could hear cows mooing. My stunner friend took me to his workstation. At his end of the machine the cows were prodded one step at a time to his bolt gun. As I watched he picked up the gun, pressed it against a cow’s forehead (she flicked her ears impatiently) and punched the bolt between her eyes. The cow sagged like a dead thing. The harness tightened, the paddock released, and she was lifted up and away.

We were all eager for me to have my experience and leave, but we couldn’t agree on whether the cow thanked the stunner. The two workers insisted she had, but I was just as sure that no one had said anything. They were frustrated with me but agreed to keep me for the remainder of the fifteen minutes.

Another cow climbed awkwardly into the head restraint. The stunner held me back until the gun was against her forehead, then let me lean in.

“Thank you,” said the cow, and the bolt cracked her skull. Her nostrils flared, she went rigid, then her eyes stopped moving, frozen halfway through a roll.

As I got back behind the safety line, we heard another worker shouting, “Abernathy!”

Someone in public relations found out I was there and was on their way down. The supervisor could stall them, but the two departments were so unrelated that neither could really pull rank on each other. He’d have to physically hold Abernathy back, and if he did that it would just be stronger proof I was there.

Instead, I stripped off the plastic safety gear and hard hat, tossed the disposables, and ran out of an emergency exit. The alarm went off, but no one followed me on the long, empty walk back to the parking lot. The only acknowledgement of my behavior was a blank stare from the security guard as he let me through the gate, as if he knew what I’d done but not how to react.

By then it was February, and my dissertation didn’t exist. I had two piles of notes, one for publication and one to keep my shattered thoughts in order. I didn’t have a hypothesis, and though I’d seen one of Los Suelos’ Phenomenons I already knew I wouldn’t be allowed to document it. Even if I could, I didn’t believe documentation would be persuasive. There were too many ways to fake footage of cows talking, and no conceivable way to explain why it was happening. I took comfort in the knowledge that there was academic precedent for anthropologists describing incidents they don’t understand.

My dissertation became chunks of theory. I felt like I was begging my doctoral committee to take me seriously.

For my final proposal, I elected to study the development of conspiracy theory in small towns with inconsistent government and for-profit investments. This made all of Los Suelos’ Phenomenon the fault of cheap land investments. I conflated the stadium with the geological compound and suggested that curiosity seekers like Hibiscus drummed up paranoia by asking questions they knew no one could answer. It wasn’t really fair to Hibiscus, but in consolation I left him and his Church unnamed.

There were no wifi towers in town, and very few telephone wires. I had to go back to the college to defend my proposal in person. The professors listened and left. They asked no questions. I already knew they’d rejected my thesis, but I waited for the final verdict. When they returned, they told me my subject matter wasn’t robust enough to qualify for a doctoral thesis. It was well-tread territory without any fresh perspectives. They would grant me more time to re-work my proposal if I wanted, but it was clear by their wording that they didn’t see that as a real possibility in my future.

Months of research gone. Years in academia wasted. Hours of investigation and follow-up lost forever. I might as well have put my head right between the cow and the bolt when I had the chance.

O.F. Cieri is a self-taught writer and a mess based out of NYC. She likes free intellectual property, sex, violence, explosions and extremely thin scientific justification. She has been published in Ligeia Magazine and Hobart Pulp, with an upcoming book available from Castaigne Publishing. In 2013, she won first place in BMCC's Poetry Competition. In 2016, she won an Honourable Mention in LaborArts Make Work Visible Competition.