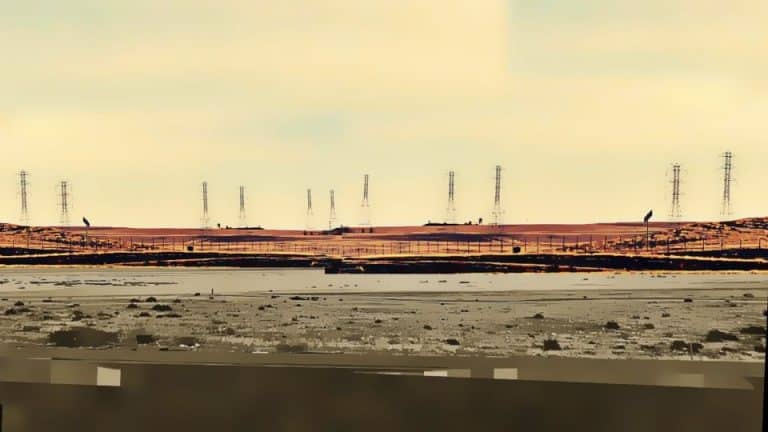 The last week of fourth grade, my best friend Estrella and I were carrying home our mission model projects, the miniature Spanish churches all dried out and sunbleached after sitting next to the classroom window for months. We were trying to talk about the book we were both reading, but her little brother Mateo kept scuffing his heels noisily behind us. I know he only wanted us to pay attention to him but the Guild of Griffins had just reached the School in the Sky and I wanted to know what Estrella thought was going to happen next before admitting that I broke our pact and read ahead. If she declined to guess, then I’d know she read ahead, too.

We were turning down the street towards our apartment building when Mom’s car zoomed past us. Heading towards the Drive-In. Again.

“Yeah, you can eat dinner with us so you’re not lonely!” Mateo always said the wrong thing.

The next day Mom brought me to the Church of the Belowdown. I had to get up so early. She sped towards the Drive-In, the morning sun filling the car. Her tires made dust clouds in the dirt that floated thick on the air like smoke. I just wanted to read my book but she drives so fast that reading makes me dizzy. She thinks driving fast is cool but it’s not, it’s dangerous. She thinks going to the Drive-In in the daytime is cool but it’s not, it’s just boring and weird. There were barely any cars there when we arrived.

Carrying my book, holding my place with my finger, I followed her into the run-down building next to the Drive-In. It reminded me of the dozens of boring places she’d drag me and I’d wait for her and read. The Church of the Belowdown was like the DMV and the sales orientation and the life-coaching workshop and all the jobs she’s ever had rolled into one. I like to read. But I’d do that anywhere, even at a special celebration pancake breakfast.

With a ka-shunk she opened a pair of doors into a big empty room like the auditorium at school but without the movie theater chairs. In the corner of the room were stacks and stacks of beige folding chairs. The kind of chairs from the meetings we went to when I was Mateo’s age and Mom would talk about how Daddy got sick and went away and she would cry. Other people talked about how their daddies got sick and they’d cry too. All the crying made it hard to read.

I hoped this wasn’t like those meetings. There were so many chairs. Four stacks of twenty-four chairs equals ninety-six chairs. I hoped that many people’s daddies hadn’t gone away too.

Mom said come on and started unfolding the chairs. She showed me where to put them. I carried chairs to her, two under each arm, with my book still tucked around my finger. The faster we got the chairs set out, the sooner I could get back to the Griffins. But she kept asking me questions and then answering them herself.

“Do you know how special this place is? No, of course you don’t.”

She kept telling me how happy she felt, how glad she was that I was here so I could feel her happiness myself.

When people started arriving, she ran over to them and I found a chair in the back where I finally could sit and wait and read. Some of the people were wearing helmets and jingly metal things. Mom had some of those jingly things too and wore them as a necklace and on her belt; they made a horrible metal-y sound. But the jingly metal wasn’t so bad that day because I was reading and the Guild of Griffins were fighting a flying army of metallic serpents so I tried to pretend the noise was the crash of claws on armor.

Mom was doing that thing where she greets someone way too loud, like she wants everyone to know they’re friends.

I rolled my eyes and kept reading and trying not to think of Mateo telling me that their mom said my mom was “desperate.” When I heard that, I felt cold and wet and itchy. Inside my body and outside. It’s a cold, wet word. But that was the word that her voice reminded me of right now. She wanted these people to like her so much. It is so desperate.

“What are you reading?”

The man that Mom was being loud and desperate at appeared behind me, which surprised me because he was wearing the most jingly metal things of anyone in the room.

I don’t know why I handed it to him, but I did.

“The Guild of Griffins and the School in the Sky,” he read in that tone that adults use when they’re trying to be nice to you by acting impressed when they aren’t. I didn’t like it. It wasn’t desperate but it was still cold and wet. “You know, a school in the sky sounds pretty scary to me.”

I laughed despite myself. Scary?

“Yes, scary!” He laughed, too. He had pale creases in his face and when he laughed the orange-y tan parts matched up together again. “It’s so high up.”

I was still laughing when I said, “Heights aren’t scary.”

He grabbed me and I stopped laughing. The feeling that overcame me started as a sting in my tender armpits then sizzled into indignation. He scooped me up and held me off the ground by my armpits. Up over his head. When I realized that no matter how hard I kicked and twisted I was entirely out of control and couldn’t make him put me down, the feeling running through me turned colder, wetter, more hollow. Fear and anger bloomed in my chest.

He asked me if I felt safe and entirely un-scared. I looked down into the pale rivers lining his face.

Then that man with his big eyes and stringy white hair threw me. Tossed me up towards the ceiling. Like a daddy would. Before.

I screamed for him to stop. My feet hungry for the solidness of the linoleum surface.

He gently lowered me down. “Up high can be scary sometimes. Maybe it’s better here on the ground. Maybe it gets better the further down you go.”

He handed back the book, opened up to the page I’d left off on.

“W-well,” I countered, “it’s not scary for the Griffins because they can fly.” I’m almost ten years old. I’m not some baby to toss around and feel bad for.

I was frustrated by his words and the way he said them to me. It felt like he had just cheated at talking.

He patted both my shoulders and walked towards Mom and some other people. Mom yelled, “Hibiscus!” again and he pulled her in close. He pushed their foreheads together. Not like a kiss. She had tears in her eyes. Maybe there is something worse than a kiss? I felt all twisted up inside. Sitting back down on the cold, tan folding chair, I tried to read but couldn’t concentrate on the words. It felt like he’d taken the Griffins away from me even though I was still holding my book.

The thing started and he talked forever. He did the same word-cheating he did to me: saying that something is one thing and then using it another way. People jingled their metal things when he did that. Mom click-click-clicked the one she wore on a necklace. Whenever I tried to read, I couldn’t. I felt dizzy like when Mom drives too fast.

The people all stood up and I thought it meant we got to go home but instead they grouped in circles around big barrels of dirt. Mom and I did too. The Hibiscus guy said to grab a handful of dirt and whisper your fears into it. Mom did and I did too. I told the dirt that I was afraid of not being able to read again. I tried to hear Mom’s fears but she whispered so low and for so long, I couldn’t make out a word.

After that, Mom took me to the diner. She said it was for a special celebration pancake breakfast. I remember wondering if it meant we were moving again. I even hoped a little, so we wouldn’t have to go back to that place.

She kept fidgeting with the dangly metal thing, click click click. She kept saying how happy she was and I said, “Okay” again, but she looked sad and scared. She said she’d had problems before, but she sees everything so clearly now. She said things are getting so much better for her. She said this is what we need to do.

Our pancakes came and she stopped talking. I ate my pancakes quickly and read chapter twelve while she slowly picked at hers.

By that time next week, we lived at the Church, next to the Drive-In, with Hibiscus Bernard.

Featured image by the author.

Allison Mick is a Los Angeles-based comedian, writer, and mixed-race supremacist. She came up in the San Francisco/ Oakland comedy scene and has performed at SF Sketchfest, Out of Bounds Fest, and Bird City Comedy Festival, and has opened for the Sklar Brothers. Mick’s writing has been featured in Huffpo, and she is a contributor to Reductress, The Hard Times, and Macaulay Culkin’s BunnyEars.com. She's the author of the horror stories "These Woods" and "Hecatoncheires" (both available on Kindle) and was a co-writer of the Trailer Park Boys comic book. In 1997, she was featured in the book Humor Works by Dr. John Morreall, the founder of the International Society for Humor Studies, and has managed to stay very grounded despite this wild literary fame.