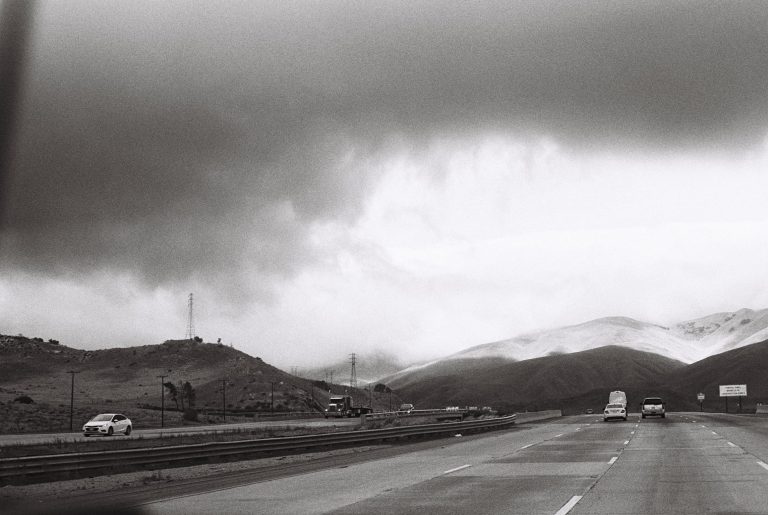 Ben hated the slaughterhouse more every time he left work.

It was a short enough walk to the usual haunt. Too short, almost; certainly not long enough to forget the cows. He hated the memory of them, the sight, the stink, their braying, guttural voices.

Their gratitude for death didn’t unsettle him. In fact, this summer, Ben couldn’t shake the feeling that he and the cows were the only sane beings in the world. They knew they were being held captive, just like he did. Los Suelos was one big slaughterhouse, and before long death would seem like a mercy.

That wasn’t the kind of thought that stable people had. But today, along with the usual back and thigh pain, his head was aching, and he couldn’t escape it.

If he had his way, he would never make this walk again. But his parents couldn’t do without the additional wage, and his meager savings were his only chance of leaping the fence. When Ben was rich and successful, in a big clean house somewhere far, far away, that would be his you’re welcome to the cows.

It was barely ten minutes before he reached what they called the House. The actual structure had once been a tent, but it was now so torn that it required propping up with branches. The others had supplied old sheets, blankets and cushions, and Ben had built it. His family kept everything until it was dust.

It was shit, but the others didn’t mind. They were turning sixteen, with sharp tongues and soft skin, and the House was their Eden to spoil. Every evening they spent there, the world all became drunker, dizzier, darker. Everything they said to one another ended up tasting just a little of blood.

They roared as Ben approached. He smiled, although he felt numb. Oliver found a chipped mug with a faded snake on it and poured him a cup of something questionable.

He downed it in one.

The evening didn’t start out so strangely, not for them, at least. Oliver did a lot of the talking. Anne was sensible, but a little sleepy. Lisa was quiet. Ben thought sometimes that she hated the House. It wasn’t just dirty and ugly but cramped and claustrophobic, and Lisa hated to feel trapped. She was the only other person Ben knew that could see the fence.

She didn’t see him, though. So he drank every time he saw her. In between, too, at Oliver’s encouragement. The world became sticky and sharp again. They fought—half playfully, half furious—about something (he couldn’t remember what it was in the morning). But they broke a bottle. Ben swore, clutching his finger. Oliver cackled triumphantly, rolling over.

Anne, who had foreseen the injury, rose from her scattered slumber, muttering about Boys and Idiots under her breath. She flicked a lighter to examine his wound.

“Hold still.” She pulled his hand closer. “It looks like you’ve got something in it.”

Ben rolled his eyes, the initial sting having worn off. “Yeah, glass.”

Everyone started arguing at once. Oliver insisted it was wood. Lisa murmured that it might just be the light. Anne worried that it was dangerous. In the end, Lisa pried out the scab with the aid of her nail kit, but even that failed to resolve the debate as to what was happening to Ben.

Oliver—in a drunken stroke of genius—was the one that finally did, slashing up Ben’s arm with the nail scissors. As he did, Ben’s blood froze in place, a winding snake of stark, sour sunlight.

Anne—who did not believe in goblins—pinched her lips. “You’ve been feeling sick for a while now. Maybe you should go to the doctor.”

“I think you should go to Sacramento and get on TV,” Lisa said, fascinated even in the dim light. “You could be famous.”

“Or rich,” Ben’s mouth said. His mind had gone blank.

It was a nice change.

“There’s not much market here, either,” Lisa said critically. “We’d have to move.”

“Moving isn’t the answer to everything, Lisa.”

“We need an adult,” Ben said, silencing the bickering. “Someone who can organize the actual selling.”

Anne sniffed. “And which adult is going to agree to that?”

It wasn’t particularly small, just crammed fit to bursting with all variety of strange, metallic, dirt-encrusted objects. The man himself sat behind the desk, with his rattail slung over one shoulder and a slightly rabid look in his eyes.

“Which one of you is it?” he asked as soon as they entered. Oliver took a step back. “The others can go. I just need to see the one.”

They wanted to argue—Lisa even opened her mouth to protest—but Ben shook his head at them.

This could be a game changer. He wasn’t going to mess it up, and they must have decided not to either, because they left after a concerned glance.

“Well?” Hibiscus demanded the second Anne closed the door behind her. “Show me.”

Ben ran through a dozen potential explanations before he decided to fall back on Oliver’s genius.

“I don’t suppose you have anything sharp?”

Over the next month, he became accustomed to the sight of the strange little office.

Hibiscus was too fascinated to care about the amount of time Ben was spending there. Ben’s condition captivated him. One day he was able to produce a diamond, formed by a particularly stinging cut.  Hibiscus had shouted like a madman, alternating between barked questions and muttered theories. None of Ben’s answers had provided anything conclusive, but his payment that week had been far more substantial than usual. He suspected that his “buyers” were Hibiscus himself, hoarding the precious metals to study.

His savings account swelled. He quit his job at Schaefer’s. They finally had a new tent. The drag of the pocket-knife across his skin felt like freedom, a blank slate; he was a human mine and there was no need to worry about money until he was drained and dead.

Until you’ve made it, he corrected himself. Soon he’d be able to afford to leave Los Suelos, a great source of envy for Lisa. She spoke to him far more these days. He liked it. Even when he was at his most muddled, talking to her always made things make sense.

“So, when will you leave?” she asked again, one night in the House. Oliver ducked his head beneath one of their new pillows.

Ben shrugged. “I mean, I should probably wait a couple of years, at least. Until I’m a legal adult.”

“Really? How much does he pay?”

Oliver looked up to chime in. “Long as you’re not really hurting yourself.”

Anne’s lips thinned. “I think there’s a word for when you routinely cut yourself, Ben.”

He flinched, and the room with him. This could have been a private conversation, one side of his brain thought.

Or not had at all, the other screamed.

Ben frowned, pushing a pale hand to his forehead. It was clammy and sweaty, and he felt strange; he’d never considered himself exactly stable, but the voices were new.

Thankfully, they seemed willing to stay inside his head. “It’s just enough for my savings,” was what actually came out. “No big deal.”

Oliver persisted as if he hadn’t heard her. “It’s not normal to hurt yourself on the regular, though.”

“Working with the cows was killing my body, and none of you had a problem with that.” Thank you, one brayed, inside his head. Ben swallowed. “This is pain I control, at least.”

Oliver frowned. Anne gave him a look. I told you so. They’d already talked about him. Anger sparked in his chest.

“It’s not your business.”

“We’re your friends,” she said softly. “But we wouldn’t be, if we just let you hurt yourself over—over this.”

“It’s an opportunity,” Lisa argued, arms folded. “And he wants to take it. Why not? We’re old enough to make our own decisions.”

Lisa tossed her hair back, looking, with her glittering eyes, like an angry horse. “And what does that mean?”

Anne glared. Even in the shadows, her cheeks were pink with outrage. “Ben’s sick, in more ways than one. I mean that you shouldn’t be projecting your pipe dream when you could be helping your friend.”

Lisa huffed. Ben flinched as if she’d spoken to him. The voices in his head seemed to conflate now; he couldn’t tell the anger from the numbness, or the numbness from the misery. He didn’t know whether he wanted to shout or cry.

In the end, he did neither. Anne muttered an apology. Lisa drank too much. Oliver drank too little.

The evening went on.

Ben felt repulsed by his mattress. Repulsed by Everything. But he wanted—so desperately—not to feel Nothing. Not to be Nothing. The lights were on and he was out of bed before he registered it.

That wasn’t good, either.

He wanted to be outside. Over the fence, behind it. Trapped like a calf with his head between the wires. So long as he was in the field.

Bathroom. Mirror. He could see himself: sleep-mussed, wildly curly hair. Bleary, dark eyes. The skin on his thighs, tatters of brown and pink.

He could see the pocket-knife, held with a trembling hand to his own neck. The cold metal against his skin was welcome, but the cold tiles beneath his feet were not; the muscles in his toes cramped and pulled, his nails scraped against the floor. His head felt like it was going to split.

He was out of the house before he knew it, at his destination before he knew where he was headed. The earth against his soles was such a relief that he barely registered the cold. He pulled up the new plush blankets, tearing at the floor of the tent with the ferocity of an animal, and still, it wasn’t enough.

They found Ben in the House the next afternoon. The blankets were ripped aside, his nails sunk into the dirt, but he hadn’t had enough strength to dig very hard.

His throat was cratered down the middle with rubies.

Megan Baffoe is a freelance writer of both fiction and nonfiction, with particular interests in health, fantasy, and feminism. She is currently pursuing English Language and Literature at Oxford University.