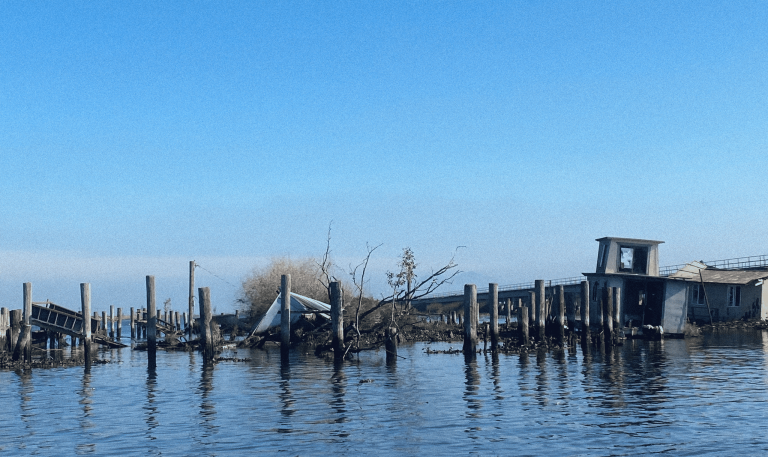 Yes, hello I’m calling to talk to someone. Where am I calling from? I don’t think I know how to answer that. ‘Cause the town doesn’t have a name… Yeah, don’t know that either. I’m sorry, but I just wanted to tell someone a story and I don’t need you to worry about whereabouts I am. I’ll be going now… Well, alright. Even if you try to find it, you won’t be able to. So it’s up to you. A group of old people came through here a long time ago and they got bored, I guess, and left. Or hungry. I remember they looked sad, and one of them took my hand and told me they’d be back once they had more “everdense.” I remember she smelled funny. Like how the inside of your mouth smells.

If you smell like that, no offense. Everyone does sometimes. Even D, and he’s still the coolest. The other day, he told me that there’s two names for plants: a secret one and one that’s not. For instance, Solanum lycopersicum means tomato. You can tell people if you want. It’s spelled S-O-L-N-U-M L-I-C-E-C-U-M. Something like that.

Who’s D? He’s my friend. You got friends too, of course. And you probably got a family, don’t you. That’s nice. I think I must’ve had parents at some point. What do you mean, am I a minor? I’m a man. I’m a man that’s true to my word, that’s what D. says, he says even people like Rocket or Librarian who are old and have flabby arms are men, and special, too.

Anyway… the important stuff: basically, this guy must’ve snuck in somehow without any of us noticing. And the cat’s name is K-Mart, which D. says is a very expensive store somewhere where he’s from. Only very important people go there, like kings and the people who the king bosses around. I have a pair of jeans from there that D. gave me, they’re probably around $5,000 or so. So I keep them ironed and only wear them for the most special occasions, like for K-Mart’s funeral. It felt what Rocket sometimes calls “iron-ick,” which is a word for when the world acts funny and you don’t know why.

I asked D. who he thought did it, but quiet, out of respect for Keebler, who was leaking snot from her face. I felt dry all the way inside my soul seeing her that way, even though it was raining like always. Keebler’s never cried in front of me. You know how sometimes women get anger issues? Yeah, and—oh. I mean, I guess you’re right… sure, lady. So women—I mean, Keebler—will do stuff like get mad that you took some candy out of her hand and pull out a knife. Me, I think it’s funny, that’s why I keep doing it. I eat the candy, she chases me out of her house with the knife and we keep running for around an hour or so until she gets tired and says, “Let’s go home, Budweiser. I’m so tired my legs are worms.”

But this day, the day when Keebler looked like a knife was cutting up her insides and K-Mart couldn’t be found nowhere, not behind her legs or underneath Mr. Librarian’s tree, she couldn’t even threaten me like usual. Everyone in town was gathered and her friend Shortbread was holding her, telling her everything would be okay. D. whispered back to me, “I don’t know, but whoever he is, we’ll find him. And we’ll make sure he doesn’t get away.” I agreed. It just wouldn’t do to have a crazy man running around among us, and if I weren’t so cowardiced I would’ve thought of finding him myself.

Later on, I was heading back to my place. That’s right, my place. I live by myself. I was walking back to my place, and the river ran past me, faster than I ever could. I made sure to step real careful around puddles so I didn’t get my nice pants dirty. And then I saw something weird, like hair coming out of the ground. I rubbed my eyes and I rubbed them again, but the hair was still there, poking out like white grass. So I touched it and—here’s the real crazy part—the white grass had a face! It was K-Mart. I bet you didn’t see that coming.

So now I’m getting excited. I have K-Mart and he looks kind of bad, covered in mud and really peeved (like I wasn’t the one saving his life, jeez). But I’ll get him back to everyone and then Keebler will be happy and trying to kill me again, and everyone will throw me a party for being a hero.

I pulled K-Mart up and held him in my arms tight so that he couldn’t escape, even though he clawed me up good. I ran fast to Keebler’s house and felt happy.

What do you mean, is that all? I said “The end”, which means the story is done… Yes, I’m still here. Why? I guess I just feel confused. About some things that happened afterward.

But you heard what I said, and so anything I say from now on is just me saying stuff like a crazy person.

I finally get to Keebler’s house and I stand out there, feeling excited and shiny. The rain and the shards of glass nailed to her house are like mirrors, telling me who I am: a hero. The door’s open and I think to myself, What a good thing it is to be needed in this world.

But when I get inside, I duck back out again fast. Because there’s someone else there besides Keebler. And he sounds just like someone I know but not.

I’m cradling K-Mart, “Shh, shh, baby, it’s okay. Your mom is inside.” He’s heavy and wet and still looks mean, but all that being in a hole stuff must’ve tired him out because he gives one last tiny scream and then just breathes. I peek into the window and there’s Keebler, that’s her face with freckles and her hair is orange like Keebler’s, it must be her. So who’s the guy inside?

“Look, baby. K-Mart was sick. He was really sick. She was, baby. I told you, I was here at your house with her and she started coughing. And I hurried to get her to the doc—will you let me finish what I’m saying? I hurried to get him to the doctor but then a man came in and wrestled him to the ground. And he took him away, and you know how tired I am around 5 PM because of my leg. Why would I lie to you, Rachel, goddammit!”

And the guy slapped her across the face, hard. I’ve always thought that Keebler sort of looks like a sunflower. Celia-something, is its secret name. And so I see a sunflower that’s dying in front of me, and the guy who’s screaming at her looks like a guy with D’s face.

K-Mart, I guess, couldn’t bear the confusion either, because next thing you know he’s squirming and before I can catch him he’s gotten away and runs into the house toward Keebler.

Which is when… this guy, he looks out at me. And he doesn’t look at me like I’m a man or someone he trusts to keep plants’ secret names, or someone who would help him find a murderer. He’s looking at me like he’s the hero of the story and I was never supposed to be part of it.

I ran. I ran and ran and ran all the way back to my place and then I was sick everywhere. Times like this when you’re scared and alone, I know why Keebler was so happy to have K-Mart back. So I held my arms around an imaginary K-Mart and said, “It’s alright, baby, it’s alright,” and I pretended a cat was laying on my chest and loving me until I went to sleep.

The next day, I woke up feeling just fine. And determined, I felt determined. Because I’d figured it all out: I would go tell D. how I’d found the man who was stealing everyone’s faces and wearing them as his own, who didn’t even know Keebler’s name and called her Rachel. And then everything would go back to normal.

I was getting closer to D. and he had to have heard me, but he didn’t look up.

I sighed and sat down, slapping my thigh. “Boy, am I glad you’re here,” I said. (Why was my voice shaking?) “The craziest thing happened yesterday. You see, I found K-Mart.”

Now I was the one who couldn’t look at him. The river surged in front of us, and I imagined myself flowing along with it, away from here. “Yep, she sure was glad to see K-Mart alright. And I’ll be going to visit her after this. Maybe she’ll make me a cake or something.”

“Who was there, Budweiser?”

I laughed. “You’re never going to believe it, D. But I found out that there’s a guy who’s stealing our faces and doing bad things with them. There was this guy and he was… well, he looked a little like you, which is so messed up, and he—” I picked up my hand and brought it against my cheek, soft. But it sounded like a gun. Maybe because he wasn’t saying anything back, maybe because everything was spinning. The rain sparked like fireworks as it landed on the water. I kept repeating myself. “Boy, am I sure glad I found you. Yeah. Boy, am I sure glad I found you.”

D. wasn’t watching the river any more. Suddenly, his face was close to mine, and he said:

So after that, I left.

I can’t tell you what he said, ma’am. And I’ve already told you, didn’t I, that you can’t find me, so why worry yourself sick over something you won’t ever understand. I called because I wanted to have someone listen to me telling a crazy story about a man who stole my friend’s face, but you can’t shut up, so now I have to go. It’s not nice to interrupt people. I might need to figure out what happened over and over again until it makes sense, but I’m still Budweiser, even if that’s a name I gave to myself. It’s the name I chose and I’m proud of it. Oh damn, now I’m crying. K-Mart shouldn’t have died, even if he came back to life somehow, and I still have a job to do. I’ve got to save everyone, and the next time you hear about me it’ll be because I’m in the headlines.

Daisuke Shen is a fiction writer. Their novella Funeral, co-authored with Vi Khi Nao, is forthcoming January 2023 from Kernpunkt Press. Read more of their work at www.daisukeshen.com.