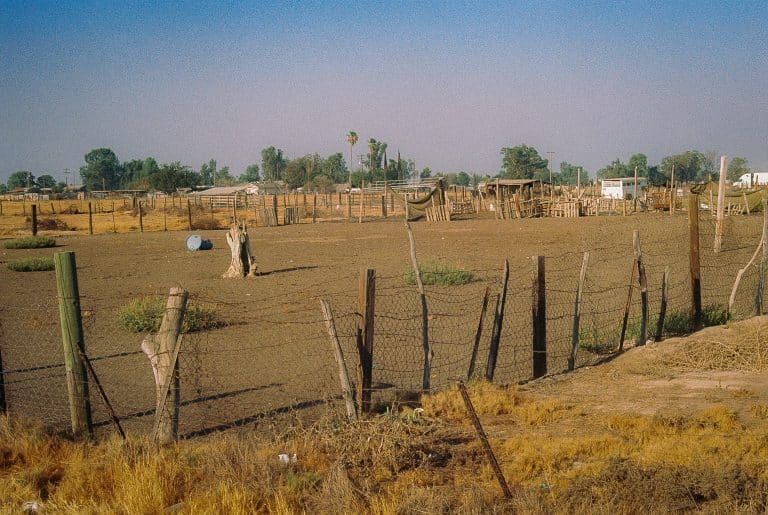 Mike’s getting pretty good shots. The composition’s solid, with the street spinning out into the distant desert. The sun’s low enough that the shadows under the spider crab stretch out, weirdly beautiful. He listens to the chitinous clatter of its flight and hopes the crab makes it out of town. Mike doesn’t know what a crab would do in the desert—die, presumably—but he doesn’t know what a crab does in town, either.

Gina bursts out of Pets, Pets, PETS!!! She closes the distance and the next moment she and the crab are on the ground, a tangle of limbs.

The crab looks so delicate—anything that spindly has to be delicate, right?—but all its legs are flailing so it’s probably okay. Gina wraps her arms around its body then stands. She feels like the eldritch goddess of the Central Valley, an eight-armed Kali in jeans and a T-shirt. Mike gets another shot, and then Gina turns and falls back into herself: Gina the pet-wrangler, a crab hugged against her chest. Just another day at the office.

Mike turns and just about trips over a goat. It stares up at him with those slit-pupil eyes and solemnly bleats.

“This one of yours?” he asks Gina as he gets a couple shots.

“Nope.” She’s trying to get the crab through the door. It’s not cooperating.

The goat bleats again and butts him in the stomach, not quite knocking him on his ass. It trots past Gina and the half-in, half-out crab, heading out toward the desert the crab was unable to reach.

Mike’s got a dark room set up in what was probably called a den by whatever real estate agent sold his parents the house. The tiny room became a big closet full of old Christmas decorations, outgrown clothes, and broken furniture and appliances, but back in high school he cleared it out and now it’s his space.

The crab photos, as suspected, look awesome. But he finds himself staring at the goat. The color’s a bit off: the gray fur looks blueish, the white fur has a greenish undertone, and the eyes are paler than Mike remembers.

He kind of forgot about goat eyes. The sideways-slit pupils are such a weird-ass thing—like the absence of upper front teeth—that his brain just kind of lets the knowledge go. Mike’s relearned these disturbing nature facts a couple dozen times in his life. Goats are so weird.

He’s got a good shot of the goat’s ear tag. It looks old, the green plastic faded, but legible. There’s an alphanumeric code and then a 408 phone number.

He’s got nothing better to do than amble to the phone on the wall, its spiral cord a mess of tangles that anchor the caller to an arc three feet removed from the wall. The woman who answers rattles off a company name he doesn’t catch, but “biotech” is in there somewhere. “I think I saw one of your goats out in Los Suelos,” he says and, after a pause, keeps going. “I got the number off the tag.”

“I’m sorry, sir, but the company does not have any goats.”

He feels his face heat up, worries she can feel it through the landline. “Oh, uh, sorry. Is there—maybe this is a new number—”

Another pause, a talking-to-a-strange-man pause. Receptionists probably get a lot of weird calls. He wonders if she’ll laugh about him with her work friends later, the guy who called like she’s the goat police.

Mike knows a blow-off when he hears one but takes the opportunity to end the conversation in a dignified way. Then he retreats to the dark room, before his dad can come home and start talking about the cows he killed at the slaughterhouse.

Mike sees the goat again the next day. Or maybe a different goat. He’s not a goat expert.

This time, the goat’s roaming around a pasture. Eating grass, running with a calf, head-butting much larger cows. There’s occasional mooing and Mike wonders if the cows are offended but then stops that particular train of thought. It’s best not to listen too closely to the cows.

His dad says they thank him, right before the bolt between the eyes. His dad’s not the only one who’s heard it, which makes it better and worse. Better because, well, it’s a point in favor of his dad not being completely bonkers. Worse because how fucked up is that? Not just that they’re killed—but that they want to die. It’s like a mass murder/suicide, like Jonestown or Heaven’s Gate, like what will probably happen at the old USGS facility. Except it’s every day, in the slaughterhouse. A cow cult, and everybody just goes along with it.

Humans do weird shit. Disappear into the hills, cough up more dirt than human lungs can hold. Ask their husband and son to collect it, measure it, see if it’s from deep enough, as though the type of dirt is the real problem. But cows? Cows are supposed to be boring.

Goats, on the other hand… maybe they’re less boring. They eat anything, right? Even metal and other indigestible things. They trot down streets and break into pastures.

Mike watches the goat for a while longer and takes some more pictures. Its coat is definitely looking more greenish-blueish, and Mike’s not sure that can be blamed on lighting.

At some point, the goat starts biting the cows—the mooing definitely sounds offended now—and then all of a sudden the goat is coming at him, faster than he can adjust his focus. It rears up and puts its cloven forehooves on the fencepost Mike’s been using as a tripod.

He can’t look away from those eyes. He stares so intensely the slit-pupils seem to disappear, becoming two orbs of pure pale color. It’s like the goat’s looking into him, windows-to-the-soul and all that.

It bleats, pulling its lips back from long lower teeth. And its… top teeth? They’re stubby, but present. Goats aren’t supposed to have teeth there.

And as quick as that, it’s over. The goat’s got all four feet on the ground again and it’s trotting away, looking for more cows to harass.

When Mike gets home, the answering machine is blinking at him. It squeals, but the plastic film doesn’t melt or shred today, so he gets to hear an unfamiliar woman’s voice: “Hello Mr. Herrera, I received your message about a goat. I’m Elaine Tran, the corporate archivist. The company doesn’t keep any goats now, but there used to be some in our old Irvine facility, which closed in 1984. I suspect they were used for hepatitis research, but unfortunately we don’t have much documentation—nothing at all, really, from the Irvine facility. It looks like the files never transferred to our main repository, so an embarrassing amount of what I know about it comes from a printout of a website one of the employees made in 1995.

“I googled it and goats only live eighteen years, so the Irvine ones would be dead by now. I’m sorry I can’t be more helpful about this mysterious goat of yours. But if you have any other questions, please call me back. My direct number is, uh…” He can hear her shuffling papers and then she rattles off ten digits that, evidently, nobody asks for or dials very often.

He pictures Elaine Tran sitting in an office in San Jose, with a computer and high-speed internet and a smart phone in her pocket, thrilled because roving goats and missing files count as big mysteries in her world. He’s halfway tempted to send her photos so she can start a file called “Goat Pictures” or something, but it doesn’t really seem like there’s any point.

His dad comes in then.

“Anything new at the office?” Mike asks, like his mom used to. The routine calls for his dad to shake his head and pull a beer out of the fridge. He does that, but he also says: “Damnedest thing. The cows didn’t say thank you today. Not one of them.” He shakes his head again. “Damnedest thing.”

A. P. Howell’s jobs have spanned the alphabet from Archivist to Webmaster. She lives with her spouse, their two kids, and a dog who enjoys digging in the front yard. Her fiction has appeared in places like Daily Science Fiction, Underland Arcana, and In Somnio: A Collection of Modern Gothic Horror.