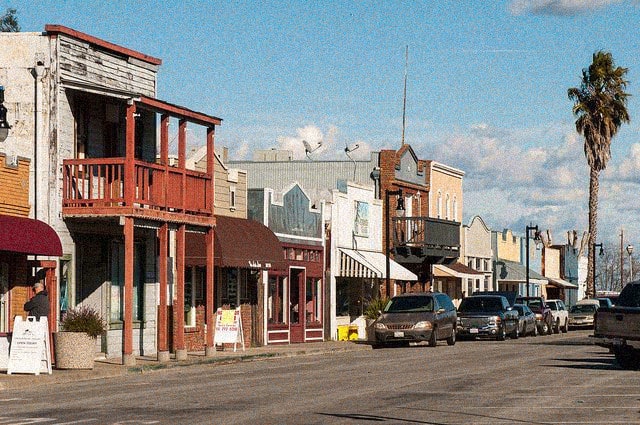 Greg took off his sweat-stained Blue Dicks hat and wiped his brow with his forearm. That goddamn song. Three days in his head, a nonstop alarm, a never-ending unfamiliar jingle on loop. Was it made up? Was it real? Was there an alien on a carousel ride inside his frontal lobe? Christ, he was even walking to the damn beat, a zombie on his way to the bar with enough cash to last him all night, but for a reason that made Greg shake his head. He wasn’t after drinks like a normal human being. No, sir, he had a dumbass plan that got dumber with each dumb zombie step.

He was going to play every last goddamn song on the jukebox.

It wasn’t Greg’s first option—he wasn’t an idiot by trade. He’d just lost any sensible direction after three days alone with a ten-second soundtrack on repeat. He tried all the distractions: housework, yardwork, cleaning the shed, short-lived fantasies with an old nudie mag. The song remained. Maybe if he’d liked music more or knew how to meditate or had a roommate it would be different. But if the stupid song did anything for Greg, it reminded him that wishing things were different was an empty act. Even a dumb plan was better than no plan at all.

Greg turned the corner and Pony’s came into view. The sturdy brick bar came straight out of the Old West, unchanged since its days as the original town post office. Of course, it being Los Suelos, no one could prove that story any more than they could explain why hundreds of fish hooks dangled from the bar’s ceiling. People added new hooks and lines all the time, a local tradition. Always seemed like an unfinished joke to Greg, as if the set-up was attached to an unseen pole and all the customers were the punchline.

Dubious history aside, Pony’s present-day parking lot was jam packed for an early weekday afternoon. Half a dozen smokers lingered on the small front porch, huddled in collusion. Noise from inside—glasses, voices, music—increased in volume as Greg approached. Seemed like an odd time for a party, unless it was the end of the world and Greg was the last to know.

Wouldn’t be the first time.

The smokers gave him the eye as he pushed open the front door. Sunlight lit the place in a flash and Greg winced at the scene before him. The ceiling-hung fish hooks glinted like stars above a mess of people jockeying for position, arguing, desperate to reach the destination in the far corner that Greg knew to be the jukebox.

“It’s The Cars, you idiots! Put on the goddamn Cars!” a burly woman screamed.  A younger man in skinny jeans waved cash in the air. “Forty dollars! Play ‘Night Falls Over Kortedala’ by Jens Lekman, the full album! It’s on there, I guarantee it!” Slouched at a table, a bearded man sobbed into his beer and talked to himself. “It’s Pulp. I know it. It’s Pulp.”

As Greg’s eyes adjusted to the dive bar darkness, the shadows sharpened the chaos. It looked less like a peek into the pits of Bizarro Wall Street and more like an ad-hoc asylum. Either way, Greg wasn’t getting to the jukebox anytime soon, that was damn clear. So he made a new plan to kill his song-obsessed brain cells with an overwhelming amount of alcohol. The decision relaxed him. Greg had executed this plan before.

He shouldered his way to the bar until a short man in a gray t-shirt blocked his way.

He swigged from his pint and Greg noted the man’s wild eyes and unkempt goatee.

“Look, look, look. This one’s mine. Brrr-WEE, brrr-ooo… brrr-WEE, brrr-ooo. I met two guys—they both have the same one almost. There’s guitar parts, I think? Horns maybe. Sections. We’ve all got—sections. Right? So what’s yours? How’s it start for you?”

Greg hesitated. Something about the man’s investment in the answer, his frantic energy—had they all been here since it started?

“It’s like a shitty circus song, or something,” Greg said.

“Then hum. There was a lady…” He looked around real fast and grimaced. “She clapped.” He demonstrated: Clap, clap, clap-clap-clap CLAP!

For three days Greg had felt like the lone human on Hell Island. Now, when faced with another person who seemed to be suffering from the same thing, Greg regretted his call for help.

“No, no, no!” The man hoisted himself up on the bar counter, wobbled to his feet, and batted away a few fishing hooks. “Shut the hell up! Kill the music, kill it!” Conversations stopped and the only sound was the synth rock on the jukebox until someone close pulled the plug. The man on the counter pointed right at Greg while the hairs in his goatee pointed at everything else.

“Tell us how it starts for you.”

Everybody in the bar turned to Greg with the same expectant eyes. Another plan thwarted.

People close to the bar drummed the counter in perfect unison. A woman with a sleeve tattoo made noises that sounded like a guitar, backed by a trio of men bum-bum-bum-ing out a bass line and a chorus of clappers who tapped to the rhythm of the drums. Everyone in the bar had an invisible instrument they didn’t know they could play and a noise they didn’t know they could make, and they all fit like a stitch on a flying carpet. The man on the counter strutted up and down with a pained face that suggested he had no control over his body and feared for his life. He sang out, “Brrr-WEE, brrr-ooo… Brrr-WEE, brrr-ooo…’’ as the smokers from outside chanted gobbledygook.

It was jazzy. It was catchy. Every person found themselves moving. They all danced in sync. A stunned Greg swayed to the song with the rest of them, danced in a way he’d never danced with moves he never knew he’d known—a concert-crashing, self-conscious marionette.

People paired up and tapped on tables. A brass section of senior citizens emerged as a pseudo-saxophone. It was a jam, a real jam, and Greg joined in when the smokers shimmied inside, helping to belt out the words to a song he’d never heard, giving in to the moment and the glee and the spontaneity and the unknown, and the man with the goatee was on his shoulders, and they spun and they all played the saxophone as one—

A glass shattered in the back. No one moved.

“Is it over?” someone asked.

Greg teetered under the weight of the man on his shoulders and a few folks nearby helped lift him off. Exhausted but still in awe, Greg stumbled to a seat. The quiet of the bar mirrored the quiet of his head. The song was gone.

The woman with the sleeve tattoo exhaled. “So, um… I’m pretty sure that was ‘The New Pollution’ by Beck.”

No one asked why. But in his mind, Greg went right to the place where the song used to be, stood there and looked around, and took hold of a pole on a still carousel.

Zach Gonzalez-Landis grew up on a dirt road in a one-stoplight town in Michigan until his family uprooted to the dusty Sonoran desert of Tucson. He pursued comedy in college and Chicago, where he performed improv, sketch comedy, theater, and stand-up as a zombie. Although prose is his first love, he writes primarily for TV in an effort to justify his MFA in screenwriting from the University of Texas at Austin. Zach is an NHMC Television Writers Program and Sundance Episodic Lab fellow. He co-created the unscripted digital series Getting Bombed and co-wrote the Part Three finale of Mr. Iglesias (Netflix). Most recently, he served as writers' assistant on the Fox dramedy The Big Leap (Fox). Zach lives in LA with his partner Adrienne and their dog Governor. All three are thrilled about Zach's opportunity to help build the world of Los Suelos.