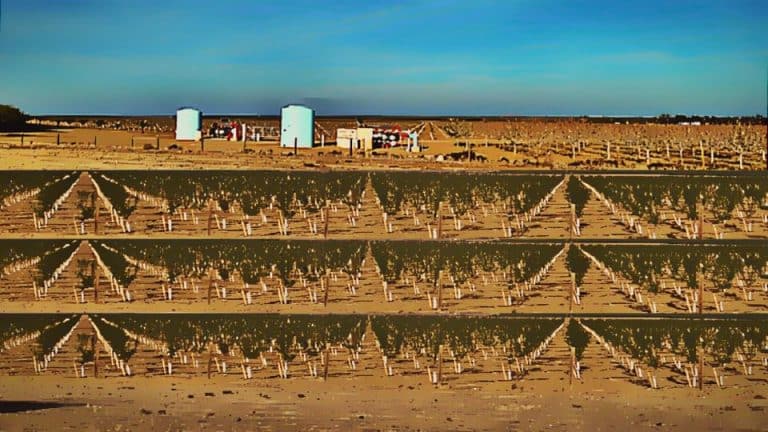 Dark all around. Downer downer colder colder. The smell at first six feet is rot. The smell of organs exposed. Like when Teddy got ran over. Orange and white Teddy—hmm.

Deeper, the smell of sweet dirt. Earth. Up my nose and in my mouth. Touch to feel the electric pulse of the pillowy loose soil. Prickling my fingertips as I dig. Zip, zap with every touch.

Mother used to say no sweet powder for me. White, bright, like snow. On her mouth, in her nose. She zipped. She zapped. She’s dead.

Her head rolled back every time. Her pupils gone. Gone. She’s gone.

She liked to zip.

They roll. We dig. Dig, he says? No. Bury in love. Yes. We bury, bury ourselves in pillowy love. Love for another—love from one another. From her, he says. To us, he says.

It is the great secret. The great unveiling. Right under our feet, he says.

Right under her nose, I could always see. Mother’s great secret.

I remember the progression. I remember. I—I was having dreams of lips and elbows that left me in wet underwear every morning. I was eleven and wanted to learn how to skate, but he left. He took his Spanish with him. No more mijo or por favor.

I don’t know how long he had been gone. It was the empty carton of milk, the piling of dishes in the sink, the lack of notes on the fridge saying he was going to be late with a twenty attached. Mostly, it was the silence when I called out, “Dad!”

I wanted to believe he’d just disappeared, because his clothes still smell of Schaefer’s.

I wished we had traded information before he fucking vanished, instead of the random small talk about the Blue Dicks and how Bulkhead has “big shoes to fill”—whatever the fuck that meant. I couldn’t feed my ass with that useless information, or take care of my mom with it.

He knew about Mom’s “habit.” I didn’t know she couldn’t live by herself, be by herself.

His absences burst open a wound I didn’t know had carved itself onto me. My eyes watched and my skin kept count of the countless times I saw my father drag my mother home.

I—I—I remember the trees outside. It was always the two branches protruding and the stump holding it all together. But when the door would swing open, it would be my father with his two hands, carrying my high mother.

Pes-a-do. Clinging on to me. Dad’s silly Spanish. Heavy? Or careful? Cui-da-do.

Ropes tight on hooks on me. Flashlight, no batteries. Riding up my balls.

Lower lower tighter tighter. Gloves are optional, yell the angels. I like the dirt.

Brought to you by Schaefers’ dead smiles and thank yous.

In our water and on our skin—Schaefers find their way around.

They make the best zip around! Magically nutritious.

The leader eats a spoonful a day to keep the heavens at bay. It’s the great secret.

A little spoonful every day. Far from the earth is far from the truth, he says. Their eyes roll back.

White eyes in the basement. Angels in a cold room with uniforms for us. Holiens.

Oh! Finding bits of bone, such fun. Dad, is that you? Mom?

At the top with everyone, we all started standing on the pillowy dirt.

Now, only the earth holds me. Loves me. Surrounds me.

She did leave me one parting gift. It was the start of junior year.

By this time, she had sold most of the furniture. The only thing she was reluctant to sell was the splintering wood stool she dragged home on the first anniversary of my dad leaving.

“I can provide for us,” she said, grabbing my shoulders. Her eyes were coming out of their sockets. “I got you, kid.” Her pencil-like fingers dug into my skin. She was taller than me. Her breath smelled like the juice at the bottom of a trash can. Next to her bony body was the yellow, clunky stool.

At that time, I believed her. I was not in charge of her. She was in charge of me. She was my mother. We had a fully furnished home still. The walls were still painted eggshell yellow. The jalapeños in the garden were fewer but still there. I was eating at school or parents were dropping off dishes and being “real sorry about my situation.” It was always the same ladies who would tell me that my father “wouldn’t have wanted it to be this way.”

Anyways, the stool was one of the last things left inside the house that was usable. I was about to meet up with Raf to skate at the drive-in when there were three knocks.

“I tried calling,” a voice on the other side of the front door said. The smell of sage and incense stopped me as I headed to the back. I stood in the empty room. Her voice echoed.

The walls were aged with stains. I stayed still in hopes that Paloma Plascencia would leave.

My head whipped over to the living room window. Half of her body was visible through the curtain. Her braids angled towards the ground as she tilted her head further away from the door. All I could do was wave. She smiled in reply.

I opened the door and pointed at the phone ripped out of the wall. The wires looked to be moving in the hole, beating. A roach scattered away.

There in front of me was my mother’s parting gift, although I didn’t know it yet. Paloma looked at my Schaefer-approved butcher boots. The version they gave to their employees ten years ago. Her eyes traveled up to my long, curly, unwashed hair.

“I just wanted to check in and make sure everything was okay with you,” Paloma said. I glanced behind me. The one-time living room was now occupied by stacks of community bulletin reports and a lamp strategically placed near the center.

“My mom isn’t here if that’s who you’re looking for.” I looked down, to her olive cheeks, to her sandals. I kept my eyes away from hers.

“No.” She hesitated. “I actually came to see you.”

I could feel her stare burning into my chest and my cheeks getting hot. I took a gulp of air.

“If she owes you, that’s between you and her. Sorry.” I could feel my ears getting red. “Well, if that’s all you need—”

As my palm pushed the door towards Paloma, she stuck her vibrant market bag in between us.

“I’m not here to see Sunny. I’m here to see you,” she said in a tone only used for misbehaving children. I pulled the door back and leaned my head against the edge.

I moved back so she could step in. Her head kept turning, trying to look into every empty corner. I motioned towards the wooden stool.

Her eyes stopped searching and she looked at me. She shook her head no and motioned for me to sit on the stool.

Our feet echoed in the empty house. I sat. She looked more comfortable.

“I don’t know if you already knew this, but your mom was trying to get help,” Paloma said.

“She had been trying for a couple weeks.”

Her eyes didn’t move from mine.

“Yes. Well, she found it. She found help and she’s at a point in her healing where she thought it was best to… to find a change of scenery.”

Paloma’s fingers were twisted in knots by the time she finished her sentence. My mother’s last words to me, well, last argument, started playing in my head.

“Right. So you mean to tell me that her last words to me were ‘give me a break, you fucker.’ Sure, Paloma.”

The spicy chips in my stomach were trying to make their way up. Paloma’s gaze did not break. Her eyes tracked all my facial movements. Her eyebrows relaxed to the sides for a more compassionate look.

Images of my mother crying and yelling and pointing her finger filled me.

“So she thought you would be the best person to tell me?” My feet tapped the linoleum floor. “What is she into now? Rocks? Herbs? Jesus?”

I didn’t notice Paloma’s hand on my shoulder. I felt a warm sensation run down my lip, onto my chin. Without skipping a beat, Paloma’s thumb wiped the trickle of blood.

“She’s trying,” she said, her voice soft like the cajeta she sold on Sundays. “She just came into my place three weeks ago. I didn’t ask her where she was headed, but her eyes and demands were clear and she wanted me to talk to you. She just doesn’t want you going down the same path.”

My teeth reached for my bottom lip again, currently bruising up from before.

“She was afraid of people leading you down a hole you can’t get out of. You know.”

I could feel Paloma’s eyes on the dirt under my fingernails.

We start at the top with shovels and ropes, and gloves. And no hair. The ones in white call on us, tell us we need to dig.

Actually, we start at the beginning with friends and families and nails.

And when our throats have gone sore, and we are singular, digging—the leader hears us, and then he comes. He comes and spreads joy with his words and reminds us we are not alone. It echoes.

To keep digging. We are buried in love and in truth.

It’s like a magic trick. The more you show him you can, and the lower you go, the less light you see, but you can feel the zip and zap, right? You can feel the love?

You can hear the higher-ups sing and chant.

I chew on truth.

That’s all you get here. Up your nose, in your mouth.

Am I climbing up or digging down. Magic, right? RIGHT?

Olga Murillo hails from Compton, CA. Her city and community hold a special place in her stories and heart. She earned her MFA in Fiction from CSU Long Beach and her BA from UC Irvine. Her story “Tea in the Time of Trouble” was published in Issue #42 of RipRap Literary Journal. She led a poetry workshop for the Sims Library of Poetry in Los Angeles in March of 2021. She loves her cats, reading, baking, and watching baking videos. She hopes to change the ways of current MFA programs.