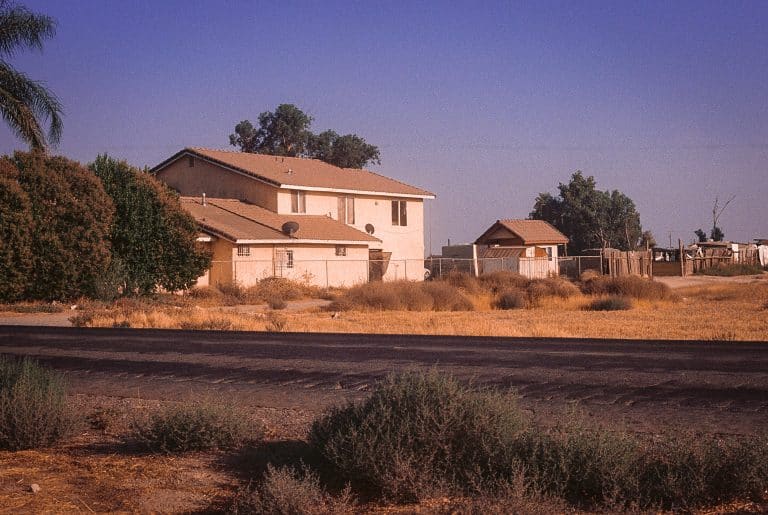 Jagged machines whose ancient forms I can’t imagine claw at the blue expanse above us. A graveyard of metal monsters.

Not really, but that’s what we used to imagine when we played here, in the shadow of the old government building. We used to play polis y cacos here. Now we smoke and talk about Jenny Pappenbrook’s legs.

Beto scoffs. “She’s tired of that fish stick and now she’s looking for a burrito.”

I blow smoke into the sky. It reminds me of Papa Eduardo, my abuelo—no, grandfather—smoking over coffee and panecito every morning and even though it tastes like shit and hurts my throat, it’s the closest I feel to home these days.

“I dunno.” Miranda flicks her cigarette into the decomposing junk. She’s the only one that smokes with me, but she actually enjoys it. She finishes her cigarettes much quicker than I do. “I hear she prefers tacos.”

“No mames,” Beto shoots back, but from the look in his eyes, he knows it for truth.

I slide down a pile of trash on a cafeteria tray and the mound shifts, exposing the handlebars of an old bicycle.

“Whoa, mira.” Beto’s there next to me before I can blink, but I’ve got my hands around the handlebars and I’m pulling the thing free just before he can snatch it. Those are the rules of the junkyard. You find it, you grab it, it’s yours.

“You know, I won’t stand for littering.”

I scramble to hide my still-lit cigarette behind my back. I manage to singe my knuckle as I reach for my bag, ready to run, with one hand still wrapped around the cold metal of the bicycle.

Hibiscus Bernard stands with his arms clasped behind his back, the late morning sun silhouetting him from behind like he’s called it up out of the Hole to provide some theater. It’s hard to tell with the light in our eyes, but it looks like he’s smiling. I can see his teeth, at least. So many. No one should have that many teeth.

“Well?” His question hangs in the air for a moment before Miranda jerks forward and grabs the discarded butt.

“Y que les he dicho de estar aquí?” His gringo accent is thick when he talks, but he knows all the words and understands them just as well. It surprises me that he, of all people, would have taken the time to learn my language. Dad always said the man was good to him.

“Sorry, Mister Bernard,” we repeat. We know we’re in trouble, but how much depends on the day and his mood. He’s run us off with dogs before, but he also shared a cigarette with us once. We stand, swaying in the errant wind, and wait for his final judgment.

“Not much of a bike you have there, Peter,” he says after a moment, his shaded eyes boring into me. Peter, not Pedro, because everyone, even my closest friends and family, call me Peter. They made me leave Pedro behind at the border. Everyone got American names, and now it’s all Peter and Abigail and Rebecca and Alfred. Dad shed Giraldo for Harold before we even came over. He was still healthy, then.

Dad said Hibiscus treated him well, that he was the reason my dad could bring us into the country and why we have a roof over our heads. But when he’s standing there, all teeth and hidden eyes, all I can think is that if it weren’t for this man, I’d still be having coffee and bread with my grandfather in Aguascalientes.

I let go of the bike. It clatters to the ground, shifting another mound of trash.

“Since you’re bent on truancy—” I don’t know the word, but I’m used to him using words I don’t recognize—“I have an errand for you to run. Do it for me, and by the time you get back I’ll have this bicycle fixed up for you and you can have it. Deal?”

He reaches his big hand out of the shadow of his silhouette and it fills my vision.

I take a look at the fallen bike. It has spots of rust, one wheel is flat, the other is torn, there’s no seat, the chain hangs loose from it, and one of the handlebars is shorn clean off.

I’ve been asking my parents for a bicycle for three years. I had one in Aguascalientes.

I reach up and grasp Hibiscus’ dry hand. His smile gets even bigger.

“This place creeps me out.”

“Everything creeps you out, puto.”

I lose the rest of Beto and Alejandro’s whispered conversation. By their tone and the way they keep their distance from the old man’s home, I’d say they’re both scared. Miranda’s the only one brave enough to come up to the chain-link fence with me. Brave enough to put her hands along the top and lean forward through the dried bushes to peer into the junk-strewn yard of Old Methuselah, Mister Hibiscus’ own father. It’s almost like the fathers and sons in this town can’t stop keeping secrets from one another.

“Estas seguro? It’s just a bike. You don’t have to do this.”

The old man’s house is in shambles, the land overgrown with maguey husks that haven’t flowered in years—that seems funny to me—and given a life of its own with boarded up windows all along the bottom floor and heavy black curtains on the second.

Our house in Aguascalientes was about this big. Now, we are seven of us in a two bedroom apartment. Tia Chela and Mari—Michelle and Maria—live next door with my cousins. Even our two apartments combined aren’t as big as the bottom floor of this house.

With my dad hacking up a lung in the back room of the apartment, whatever George, my brother, makes in the fields goes to the family. My mom and sister’s income, too. Everything for rent and food and some clothes here and there and my dad’s medicine.

There will never be a bike.

It was hard to run with the box in both hands. Beto and Alejandro disappeared as soon as the gun went off, but I wasn’t that far behind and with Miranda’s help, Old Methuselah never even saw my face.

Hibiscus smiles his thousands of teeth at me as he flips open the worn cardboard top, exposing the accordion of hanging folders inside. He runs a thick finger across the top and pauses about a third of the way from the back. His smile falters for a moment before re-intensifying.

“You’ve done a great thing for me. And quickly.”

I swallow, unable to look away from those gleaming white teeth in a too-full mouth. He pulls free a single folder and tosses the rest of the box into a fire, slipping the single sheet of paper into his inside pocket.

Dad told me to trust his man. To thank this man and respect him. But Dad is a shriveled creature in the back room of our shitty apartment, now. Papa Eduardo always told me to respect myself.

The teeth multiply as he leans toward me.

“Terreno,” he says, and from the way he says it, I know not to ask for more. After a moment, Hibiscus pats me on the shoulder and reaches into the trailer behind him.

“Here, Peter,” he says, and he pulls gleaming metal from the darkness behind.

Somehow, in the hour it took to steal the box, the bicycle has been transformed. It gleams like plata and salt flats and the sun in the middle of an Aguascalientes summer.

“My name is Pedro.” I take the bike from him.

Hibiscus smiles his rows of shark teeth at me. “I hope we can do business again soon, Pedro.”

I turn my back to him and walk the bike away, the wheels clicking as the chain turns the pedals. It’s beautiful. Miranda waits, arms crossed, cigarette perched between her half-smiling lips. Beto and Alejandro are shoving each other in the distance.

“Pedro?” she asks. I nod. She shrugs. She lights another cigarette and hands it to me. “Vamos pues.” I wheel my new bicycle alongside her, put the cigarette between my own lips, and swing my leg over the seat. “Want a ride?”

She laughs and jumps on the back, balancing her feet on the rear spokes, her arms around my waist. The smoke gathers for a moment, burning my eyes, before I pedal away. I leave Beto and Alejandro yelling behind us and dive-bomb down a hill, remembering what it was like to ride a bicycle in another place.

Maybe this can be home after all.

A.P. Thayer is a queer, Xicano author based out of Los Angeles who writes speculative fiction that blends horror, magic punk, grimdark, and science fiction. His work has appeared in Uncharted Magazine, Glitter + Ashes, Made in LA, Five on the Fifth, and Murder Park After Dark, and he is a staff member at Constelación Magazine.