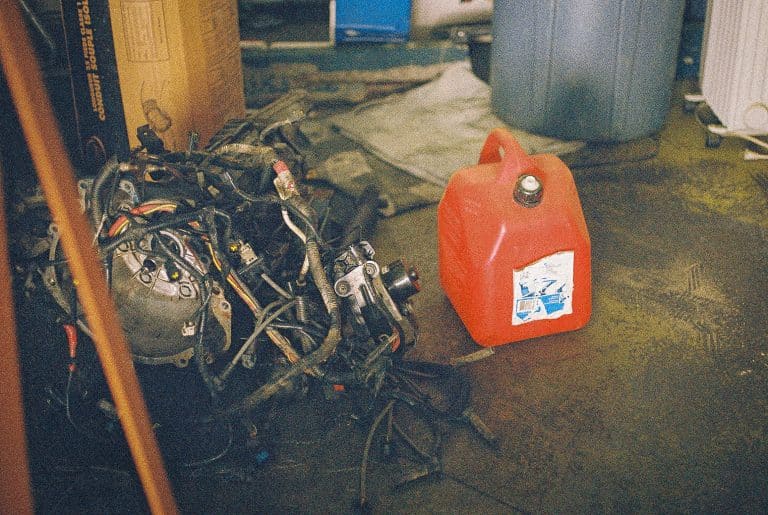 Lucinda woke up in darkness. She looked around the still-unfamiliar room of the home she shared with her husband Rafael and his father Miguel. She wasn’t sure what had woken her. There was some sort of noise, like a hum or maybe a very low tune coming from outside.

The comparative silence of Los Suelos versus her childhood home in a Lathrop subdivision, smooshed between the San Joaquin River and the I-5, had made it hard to sleep for the two weeks she’d been here.

Rafael let out a snore as she pulled back the covers and softly walked over to the window that overlooked the town. The security lights of the hardware store glowed softly a few buildings over and she could vaguely make out movements. The clock read 3AM. She knew the receiving crew was at work already. The big purple delivery truck always came in the middle of the night. Rafael said it was because of where the town was on the truck route. She wasn’t so sure. As far as she knew, Pala Hardware was the only “Lower Rate Corporation” hardware store she’d ever heard of and she had no idea where the truck came from or went to.

As she stood at the window she heard what sounded like metal striking soft earth. It was a sound she always associated with those final moments at the end of her parents’ funeral when the gravediggers had started filling the deep hole before her grandmother could fully pull her away. She noticed the low hum again. It was definitely a tune. One she should know. She felt the sound wash over her, like the moonlight coming in the window was coating her with music.

“Por una manzana,” she said out loud as a wave of nausea washed over her. She ran to the bathroom and managed to vomit into the toilet this time. It was getting worse. Even the word apple was making her nauseous.

She sat on the cold linoleum floor, too tired to get up and brush her teeth. The cold felt good on her sweaty body and she lay down for what she intended to be just a moment. Her eyes closed. She could hear the song infiltrating her mind and softly filling her entire existence. The child has lost their apple and so they cry.

Lucinda was no longer in her bathroom but in the backseat of a car that hadn’t existed in years. It was a recurring nightmare. Her mother was sleeping in the passenger seat, the utter blackness of the I-5 as it ran through the Kettleman Hills made it hard for her to see more than just a vague outline. Even her dream-self couldn’t remember what her mother looked like.

Her father was driving. She could see his strong and rough hands by the glow of the dashboard lights. The radio was tuned to an old ranchera station. Why any station would be playing a lullaby so late at night was beyond her. She looked down at herself in the red dress her abuela had given her before they’d started the long drive up from San Diego. She had insisted on putting it on.

Her mother had said it made her look like an apple.

“Una manzana bonita,” her abuela had corrected with a gentle smile.

She looked up as the first truck horn sounded. The headlights seemed to be coming from some ancient giant bull intent on goring their little car.

Her father awoke with a start. It was too late. She could hear her mother screaming her father’s name. Could smell the spilled diesel and gasoline. And in the seconds between impact and her mother no longer being able to scream she felt fire erupt around her. It was so hot it hurt to even look at them. The horn of the big truck merged with her screams and the sirens, and the sound of the flames as they fed on her dress, turning orange to vermillion as they consumed the precious fabric. Then it happened like it always did. A moment of absolute silence. A moment where the flames engulfed everything and she found herself in an eternity of apple red. A woman’s face appeared briefly. She was holding a baby wrapped in a purple t-shirt.

“No, child,” the woman replied. Lucinda felt herself being lifted out of the wreckage.

She opened her eyes to see Rafael holding her head on his lap, his large black eyes wide with concern.

“Raf—” She stopped. She could hear the truck horn and softly still that sound of metal on earth. “Raf. Do you hear that?”

“The delivery truck?” he asked. She remembered that she was now in Los Suelos on cold linoleum that had been installed when Mid-Century Modern was just modern.

“Let’s get you back to sleep,” Raf said as he scooped her off the floor and deposited her back onto her side of the bed.

“Are you coming back to bed?”

“No, I’m awake so I’m going to go check the shipment. I’ll see you at the store later, okay?”

“Okay,” Lucinda mumbled, adding right before she fell into a deep and dreamless sleep, “Wait, not the truck. The digging.”

“I think Dad’s just working in the flower bed,” Raf said, tucking her in.

A few days later Lucinda was working late at the store when she heard it again. Señora Santana was playing somewhere. There was no sound system in the old Quonset-hut-turned-hardware-store and she didn’t remember her father-in-law having a CD player in his office like some of the other businesses did. She knew that CDs and DVDs were treasured in a town where you couldn’t get any reception. It hadn’t struck her as odd that there was no music player in the store until now. She had just accepted it as part of life here and had happily given up daytime TV and the Top 40 to live with Raf.

She got up and bit back on the queasiness. She was pretty sure she knew why she kept getting nauseous, but for some reason she had this knot of dread every time she picked up the pregnancy test she’d hidden in the drawer of her work desk. She couldn’t bring herself to actually use it. Raf desperately wanted children. He’d told her once that being the only Mexican without siblings was a fate worse than death. She’d responded that it was a good thing that he was only Mexican-American then and they had laughed it off.

Her hand hovered over the drawer but she withdrew it when she heard footsteps coming from the storage room above her. No one should be in there right now. They should all be on the floor helping to close the store up for the night. Her first thought was to call the police, but there was no phone in the building and her cell phone didn’t get reception anywhere in Los Suelos. Her second thought was to quickly go to the main floor and find Raf. Instead she silently moved to the stairs that went up into the storage room. The curved ceiling made it hard to stand anywhere except right in the middle, so she should have been able to see where the sound had been coming from. She couldn’t see anything. She turned around to descend when she heard a footstep behind her from the previously empty space. Her father-in-law stood behind her holding a freshly sharpened spade.

He walked past her without responding, as if she wasn’t there.

“Miguel?” she tried again as he walked down the stairs onto the sales floor. Only a couple of customers remained. She didn’t know them. She was frightened by the way they shot each other covert grins as Miguel passed them.

“Someone find Raf!” she yelled out as she continued to follow Miguel out into the parking lot.

“Señor Pala, what are you doing?”

He walked straight into the street, stopping at a large pothole that had a red circle around it, meaning that the long-awaited, almost mythical roadcrew should fill it in with fresh asphalt. He started digging.

“Señor Pala! Get out of the street!” she yelled. She tried to go further but the sound of the shovel on earth hit her in the knees. She collapsed on the ground as the doors of the hardware store opened behind her. She felt Raf’s hands on her shoulders.

“It’s okay, honey. Come back inside,” he said as he helped her up.

“Raf, he’s digging a hole in the middle of the road. Are you going to stop him?”

“I’m sure Dad knows what he’s doing. Now come on inside. It’s cold out here…”

She heard the horn of the semi as it turned onto the road. She heard the whine of a family sedan as it slammed on its breaks.

She turned just in time to see a small round face peering out of the backseat window of a familiar old station wagon before the car burst into a ball of apple red flames.

Lucinda tried to run to the car. She tried to save the little girl she knew was inside, but Raf held her tight.

“We have to save the little girl!”

She looked back at the car. It wasn’t a family sedan. It was some old beater she recognized as belonging to one of the folks Miguel and Raf referred to as “the Belowdown crazies.” The truck wasn’t the giant semi from her dreams, but a normal delivery truck with a load of almonds heading for processing. The fire had actually been the spray of blood and bile as her father-in-law popped open in between the two cars. The drivers were out of their cars already trying to lay blame on each other. No one, not even Rafael, was bothering about the twisted remains of the human being that had been Miguel Pala. She pulled out of Rafael’s hands, suddenly sickened by his strong grasp on her and his dry, nonchalant statement about his father just being gone.

Lucinda twirled and ran inside. Twenty minutes later she was still sitting in the employee bathroom, sobbing at the two pink lines on the display. She had been so sure she and Raf were in love. But how could anyone watch their father die so horrendously and not even shed a tear? Who was Rafael Pala and how had she ended up in this place carrying his child? She looked up as the door opened and Raf looked down at her and then at the pregnancy test.

He nodded. “Good. Just in time.” He reached down to pick her up. “Come on, my manzana bonita. Let’s get you to bed. The next Pala will need plenty of rest to deal with what’s ahead.”

Lucinda felt her body go cold. A deep silence descended on her, like the moment she was rescued from the crash. She closed her eyes, laid her head on his chest, and started absently singing to herself, “Señora Santana…por qué llora el niño…por una manzana…que se le ha perdido.”

B.F. Vega is a writer, poet, and theater artist living in the North Bay Area of California. She is an associate member of the HWA and her short stories and poetry have appeared in various horror magazines and anthologies. She is still shocked when people refer to her as an author---every time.